This was the evening they induced me, just a few days before Scott was born! 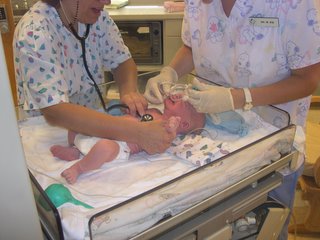 Then Scott shortly after they pried him out into the world. 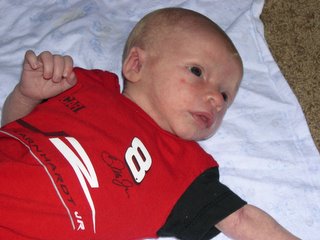 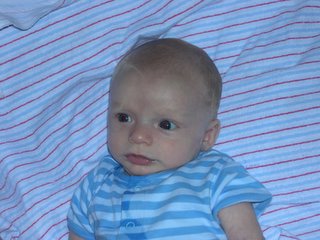 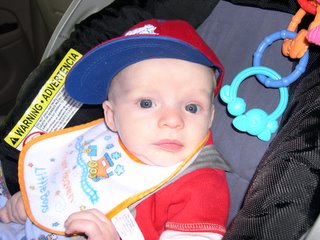 Now he's really starting to fill in a little and is stylishly sporting a Bulldogs cap. 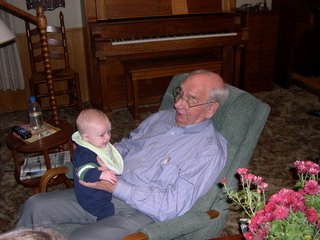 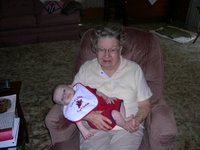 Scott and his great grandma B in early November.

Okay, that's it for now. More bragging later
Written by Tamara B at 12:00 PM

Happy Thanksgiving - look at your little guy - he is growing so fast - and seems to get cuter with each picture - you should be so proud!

Cute pictures! Love that he can fit into the Fresno State baseball cap! He's adorable, and growing so fast! Thanks for sharing the pics with us. :-)

Scott is just SO cute! Loved the pics ;-)